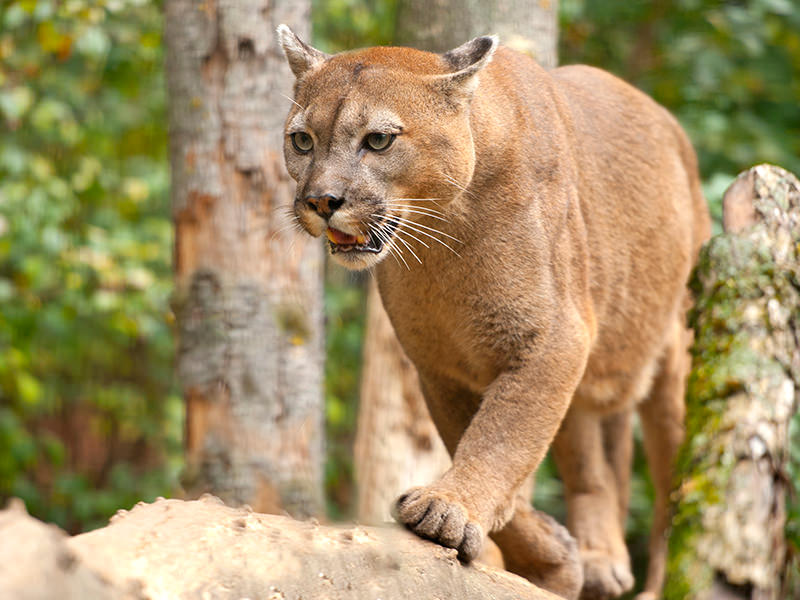 On September 11, 2018, a woman name Diana Bober was found dead near the small town of Zigzag, Oregon in the Mt. Hood National Forest.  Initial findings indicated the Diana was killed by a cougar while hiking on a nearby trail.  This is the first ever documented fatal cougar attack in the history of the state of Oregon.

On May 19, 2017, two men were attacked by a cougar near North Bend in the state of Washington while out on a mountain bike ride.  One of the men survived –  the other was killed. This was the first documented fatal cougar attack in Washington since 1924.

In general, cougar attacks are rare.  Statistically, you are much, much, much more likely to get struck by lightning than attacked by a cougar.  But Cougars are scary and news of fatal attacks are headliner stories.  So should you be scared to go and enjoy the outdoors? Short answer: No.  Long Answer: No, not at all.

Cougars are out there.  So are bears, wolves, elk, rattlesnakes, coyotes and the most dangerous of all – humans.  Ya, it is scary to think you could get attacked by a cougar – but it is much more likely that you will die from hypothermia after getting lost in the woods.  If the news of all the hikers that have died after getting lost in Oregon in recent history hasn’t kept you from enjoying the outdoors then neither should the presence of cougars.

That being said, this is a good reminder to start being more aware of your surroundings and carrying devices that can help protect you in the event you do run into trouble.  If you don’t possess or aren’t proficient with a proper calibre firearm then Bear Spray can work great in defending yourself against larger predators.  It is always a good rule of thumb to never hike alone – especially on less frequented trails and wilderness areas.

Here is a good resource to review outlining the dos and don’ts of cougars in Oregon. Living with Cougars

Bear Spray as a Defense Against Cougars

Looking for a good bear spray to use as a defense when hiking or camping? Check out the Frontiersman Bear spray below or click here to view more details.  Note:  Be sure to get the one with the holster for quick access when hiking.  Cause if you can’t get to it when you need it…. what’s the point?

This Week’s Recap of Recreation Incidents