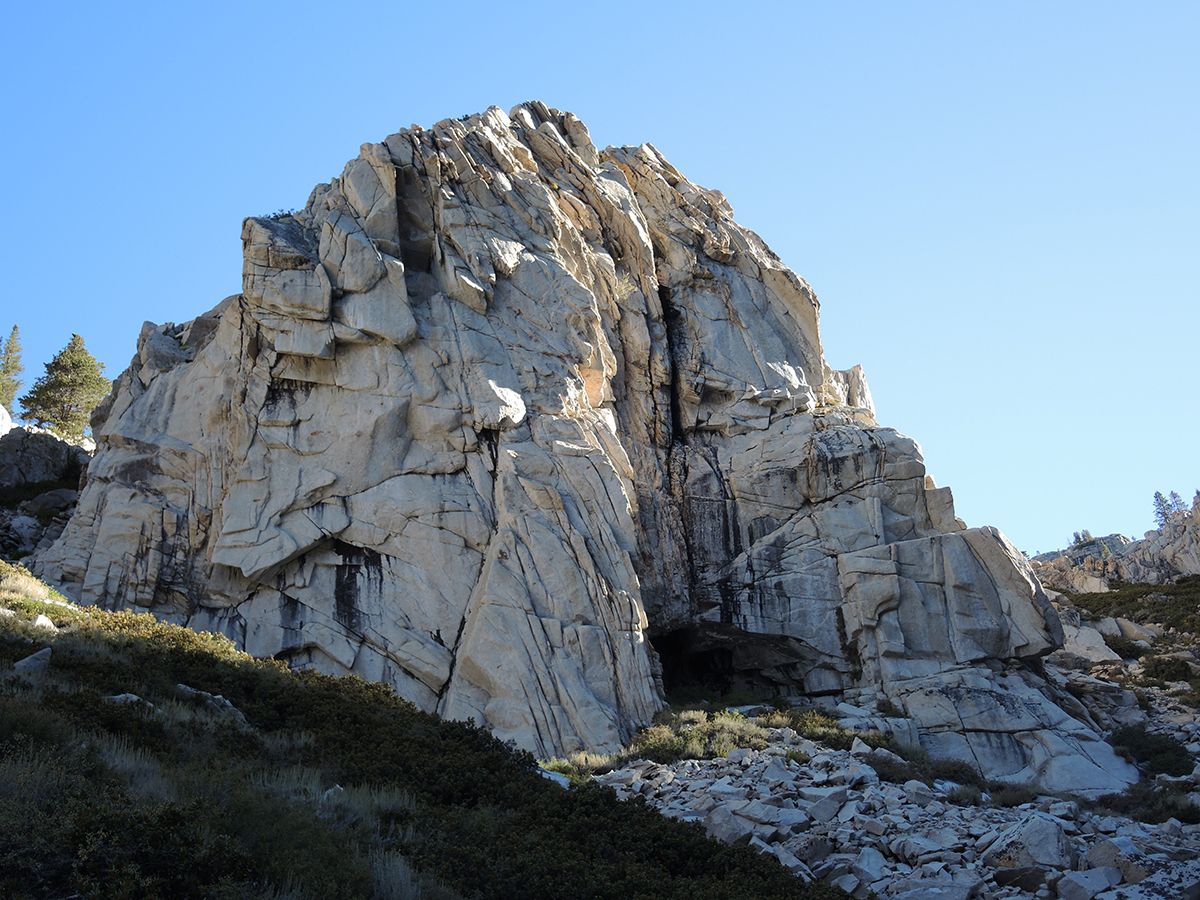 The John Muir Trail (JMT) offers a long list of major passes to challenge the backpacker.  Fortunately, the passes begin easy and gradually become more difficult as the backpacker gets in better condition.  All the routes are beautiful, and all but two (Cathedral Pass and Island Pass) offer world-class vistas.

My favorite pass on the JMT is right in the middle.  It is not highest (that would be Forester Pass at 13,200’) nor the hardest (Glen Pass).  My favorite is Mather Pass.

Mather Pass is the culmination of the long climb from Le Conte Canyon at 8070 feet to 12,100 feet, a whopping 4000-foot ascent.  What makes Mather Pass special is the trail itself.  Leaving the Middle Fork of the Kings River, the trail begins a gradual stroll through the forest, passing many tempting campsites.  Don’t be tempted.  Continue on above timberline to the famed Golden Staircase.  This section of trail is engineered to scale a seemingly unscalable granite face, using switchbacks and stairs.  To many, the Golden Staircase is a rite of passage, a test of will against hill, and a bragging right.  To me, it is spectacular.

The reward at the top of the Golden Staircase is the Palisade Lakes.  Both the Lower and Upper Palisade Lakes offer many excellent campsite options.  The waters of the Palisade lakes is amazingly clear.  The lakes are home to a healthy golden trout population, easily visible from shore.

From the lakes, it is a few long switchbacks to Mather Pass.  Views are breathtaking, both north and south.  You can see Bench Lake and Marjorie Lake to the south with Pinchot Pass behind them.

The descent is down a series of glorious switchbacks into Upper Basin, festooned with tarns and small creeks.  To the east is 14,000 foot Split Mountain, to the west are the granite slopes of Vennacher needle.  The easy walk down is so spectacular you do not want it to end.  Too soon, you must cross the South Fork of the Kings River, which can be either terrifying or carefree, depending on the season.