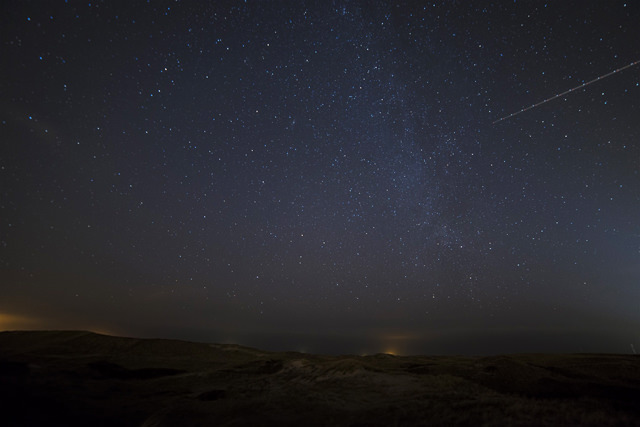 The Pereseid Meteor Shower pays earth a visit every year and usually puts on a good show however this year is different.  This year the Swift-Tuttle comet is expected to put on a show of double what it does on a normal year.  A normal Perseid Meteor shower usually offers around 60 to 100 visible meteors per hour however this year viewers can expect to see up to 200 meteors an hour during peak times.

The ideal time to check out this incredible display of light is the night of August 11th (this Thursday) through August 12th.  That doesn’t mean you cannot enjoy the meteor shower on another night though.  It just means the best time for viewing is Thursday night.  You may have already seen some meteors in the sky as the Perseid passes by earth from roughly July 17th to August 24th.  So keep your eyes looking up at night and try and get away from those bright city lights!

Click here to learn more about the Perseid Meteor Shower.

NASA also tends to know a few things about stars and the Perseid Meteor Shower in Particular.

In Portland OMSI is having a viewing party Friday night.

Brookings has a viewing party at Alfred A. Loeb State Park.

Can’t make it to a good spot to view the shower or too scared of the dark? That’s cool. You can watch the live stream of the Meteor shower here:

Oregon Adds 25% Tourist Tax to Out of State Campers

Camping Near the Clackamas River