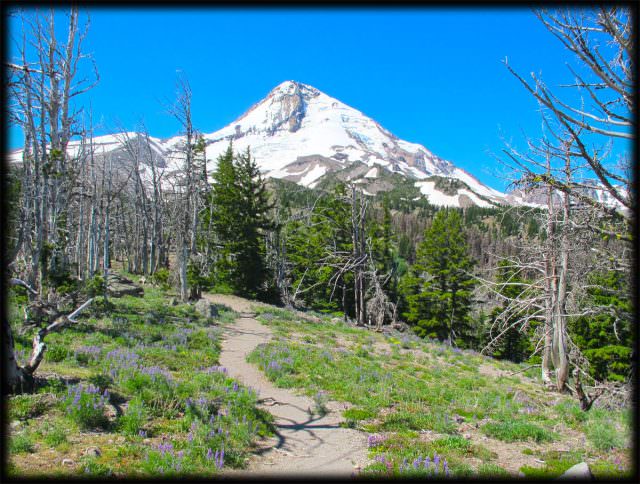 The Tilly Jane Trail follows a winter recreation cross country and snow shoe trail from the Cooper Spur Ski Resort two and a half miles straight up Mount Hood to the Tilly Jane  mountain camp.  The trail is an excellent hike but can be a bit challenging for those who are not prepared to hike straight up Mt. Hood with minimal switchbacks. Be prepared for a very dusty single track trail, a few downed trees and a good amount of sun exposure on nicer days.

Here is a description of Tilly Jane taken from an informational sign located along the trail:

The Tilly Jane area has been used by climbers, hikers, skiers and tourists for over 100 years. David Rose Cooper was one of the first people to have an ambition to bring tourists up to this area of Mt Hood. In 1885 Cooper form the Mount Hood Trail and Wagon Road Company and built the wagon road that runs straight up the ridge to the side of what is now the Cloud Cap Inn. This route was crucial in the development of the Tilly Jane area. A wealthy Portland banker, William A. Ladd, built the Cloud Cap Inn in 1889. Without the road and the Cloud Cap Inn, the Till Jane campground would have been nothing more than a remote point on a horse trail. The new Cloud Cap road which is also the current road was built in 1926.

The Tilly Jane area was drastically changed in 2008 when a massive forest fire known as the Gnarl Ridge Fire swept the area. The U.S. Forest Service wrapped some of the buildings in the area in aluminum foil and covered them in fire retardant. Luckily not one building was burned even though the fire passed by each of them. The Forest Service intends to let the area recover naturally.

In 2009 Congress extended the Mount Hood wilderness area to surround the Tilly Jane area. The road and the Cloud Cap Inn were excluded from the extension.

The guard station is the building located next to the Tilly Jane campground. The station was probably built by the Forest Service in 1938. During the summer a Forest Service fireguard would stay at the guard station case of fire and during the winter the Guard Station was used as a base of operations by the Hood River Crag Rats search and rescue organization. Today, the cabin is available for rent through the Columbia Gorge Chapter of the Oregon Nordic Club.

The American Legion built the cook shed. A cook stove was first built sometime in 1924, and the shed over the stove was built in 1938. The American Legion organized group climbs up Mt. Hood with some climbs consisting of over 100 people. The amphitheater was probably constructed by the Civilian Conservation Corps in 1938.

East of the American Legion Cook House is the A-Frame shelter built by the CCC in 1939. This building has been a haven for skiers, hikers, and climbers for as long as it has been around and is still heavily used to this day.

Here are some photos from the hike: 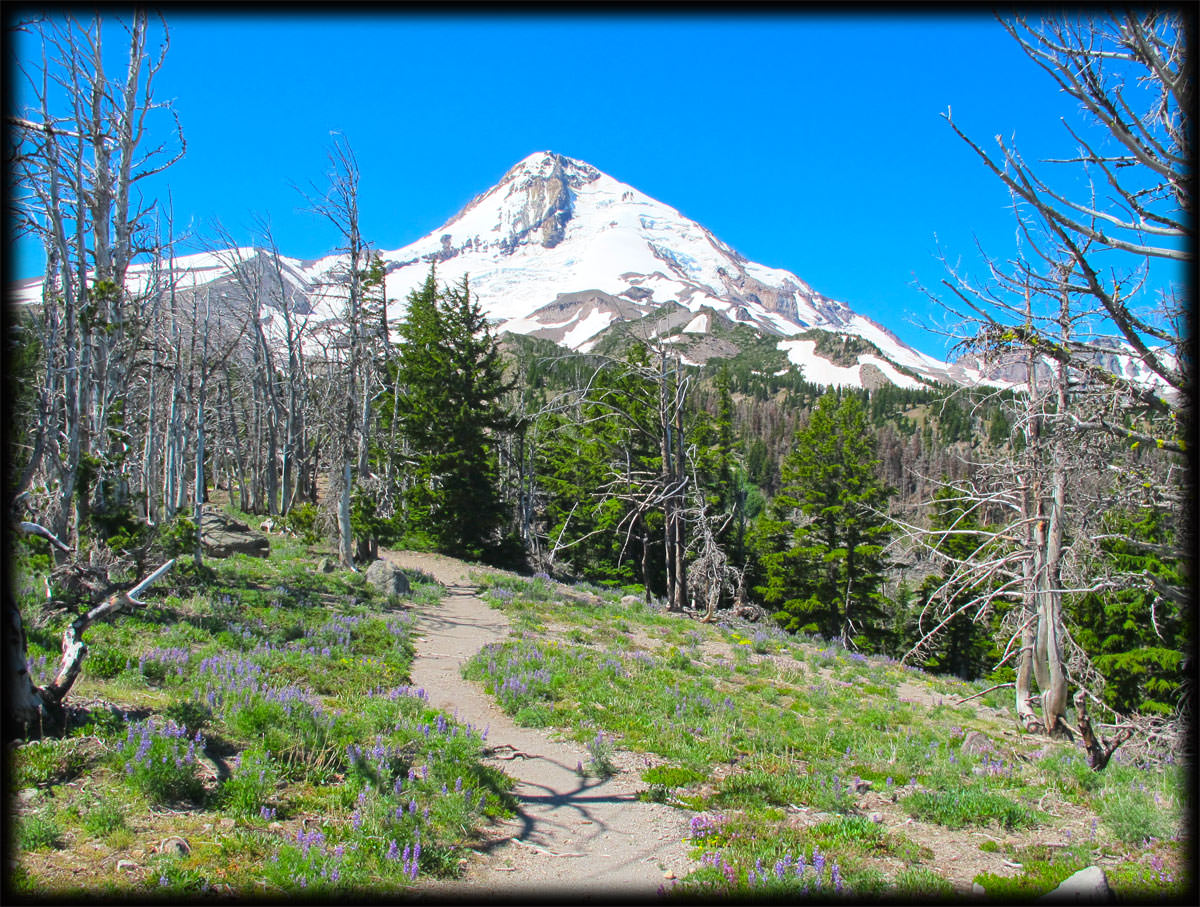 *Distances are as the crow flies

*Distances are as the crow flies